I was supposed to be part of the ARC Tour for Reign of the Fallen, but the final book came out before I got my ARC in.  I still wanted to post something to help promote this book.  I’ve heard so many wonderful things about it and can’t wait for my order to get here.  I ordered a signed copy, so my shipping is a bit delayed.  This tour was hosted by Brittany’s Book Rambles and you can read her review here.  She provided all the photos and info for this post.

END_OF_DOCUMENT_TOKEN_TO_BE_REPLACED

Welcome to my stop on the blog tour for The Nowhere Girls by Amy Reed! 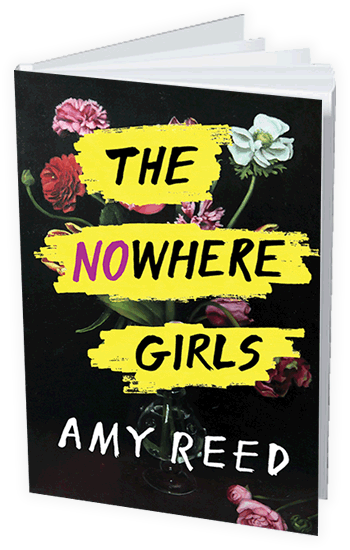 Three misfits come together to avenge the rape of a fellow classmate and in the process trigger a change in the misogynist culture at their high school transforming the lives of everyone around them in this searing and timely story.

Who are the Nowhere Girls?

They’re everygirl. But they start with just three:

Grace Salter is the new girl in town, whose family was run out of their former community after her southern Baptist preacher mom turned into a radical liberal after falling off a horse and bumping her head.

Rosina Suarez is the queer punk girl in a conservative Mexican immigrant family, who dreams of a life playing music instead of babysitting her gaggle of cousins and waitressing at her uncle’s restaurant.

Erin Delillo is obsessed with two things: marine biology and Star Trek: The Next Generation, but they aren’t enough to distract her from her suspicion that she may in fact be an android.

When Grace learns that Lucy Moynihan, the former occupant of her new home, was run out of town for having accused the popular guys at school of gang rape, she’s incensed that Lucy never had justice. For their own personal reasons, Rosina and Erin feel equally deeply about Lucy’s tragedy, so they form an anonymous group of girls at Prescott High to resist the sexist culture at their school, which includes boycotting sex of any kind with the male students.

Told in alternating perspectives, this groundbreaking novel is an indictment of rape culture and explores with bold honesty the deepest questions about teen girls and sexuality.

END_OF_DOCUMENT_TOKEN_TO_BE_REPLACED

I don’t expect to get political on my blog since I respect that everyone has different views. But I was able to go see Bernie Sanders last night in Aurora, IL.  This was a book tour event hosted by Anderson’s Bookshop.  This is exactly what I needed right now.

Senator Sanders is such an inspiration and he motivates me to do more.  He spent over an hour talking last night.  The beginning was spent mentioning the book, but then he just took off from there. He spoke to use about Texas right away.

Some of the topics he covered were healthcare, voter suppression, the future with our children, climate change, racism and hate, how truly rich the richest people in the world are, immigration, personal stories from people he met, and so much more.  He was passionate and funny.

If you are somewhat progressive, please check out this new book. It’s YA and written more for a younger generation to inspire and motivate them.

A handful of the books were signed (not sure how many total) and I was lucky enough to receive one.  Guests were also able to buy shirts, hats, and buttons.  I did buy a shirt, but it went right into the hamper last night when I got home.

Overall, it was a great night.  This was my first time going to any type of political tour and I will definitely be going to more.