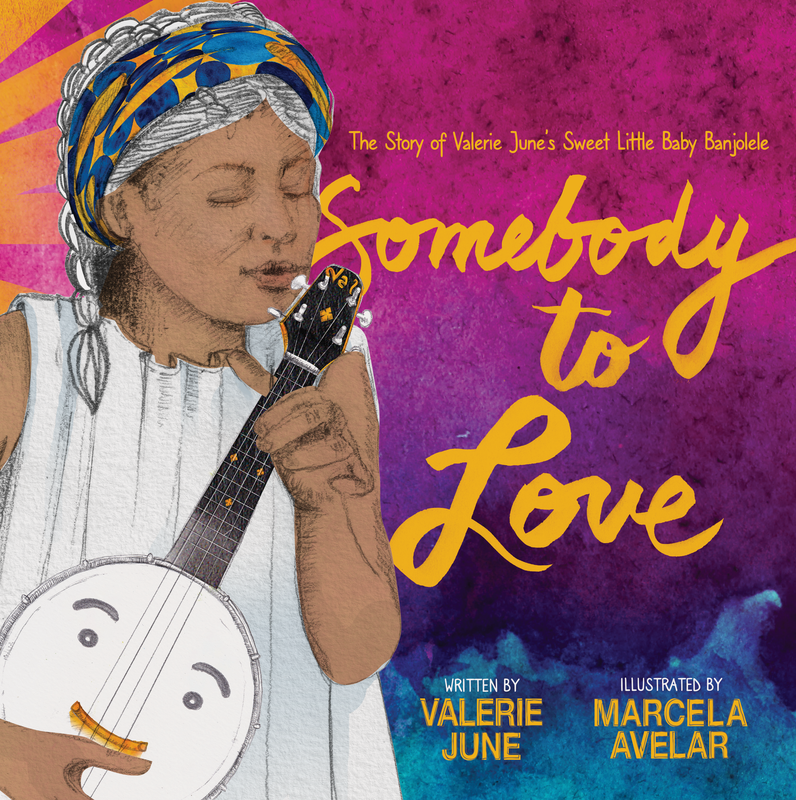 Somebody to Love by Valerie June Illustrated by Marcela Avelar

SOMEBODY TO LOVE:
The Story of Valerie June’s Sweet Little Baby Banjolele
By Valerie June, illustrated by Marcela Avelar
Third Man Books; ISBN-10: 1737382970 ; ISBN-13: 978-1737382973;
52 Pages;  Hardcover $17.99
In the book, a young aspiring musician, Valerie, is given a toy banjolele. A banjolele is a very unique four-stringed musical instrument. It has a body like a small banjo, and the neck is like a ukulele. At the beginning, the baby banjolele dreams that its voice will soar and be heard all throughout the world, but very soon its musical journey is met with challenges and doubts.
Valerie and banjolele go to play with the other instruments at school, but the others make fun of the banjolele saying ” You’re just a toy.”  The little banjolele just could not play through a whole song!  But the banjolele’s resilience starts to clear its throat: “I have a dream, and I want to sing.” Finally, the toy finds the courage, and belief, and love it needs, coughs out a last bit of dust, and belts out a gorgeous song. Valerie names the banjolele Baby and both go on to perform all over the world together forever.
Inspiration behind the book:
Valerie June said: “As I traveled the world telling the story of my banjolele, I always knew it would make an uplifting children’s book. It wasn’t until I got a call from the President’s Committee on the Arts and the Humanities that I was encouraged to sit down and write it out. One of the nation’s most historical dreamers is Dr. Martin Luther King Jr. As a black female artist, his message taught me the power of dreams at an early age. He was a light for me. Each time I’ve shared this story with students, I watch as their eyes light up with wonder. It’s been thrilling to witness that same light awakening within them. Believing you can achieve your dream is a way to be an inspiration for your community, like a great Nigerian proverb teaches us, “Thoughts and dreams are the foundation of our being.” 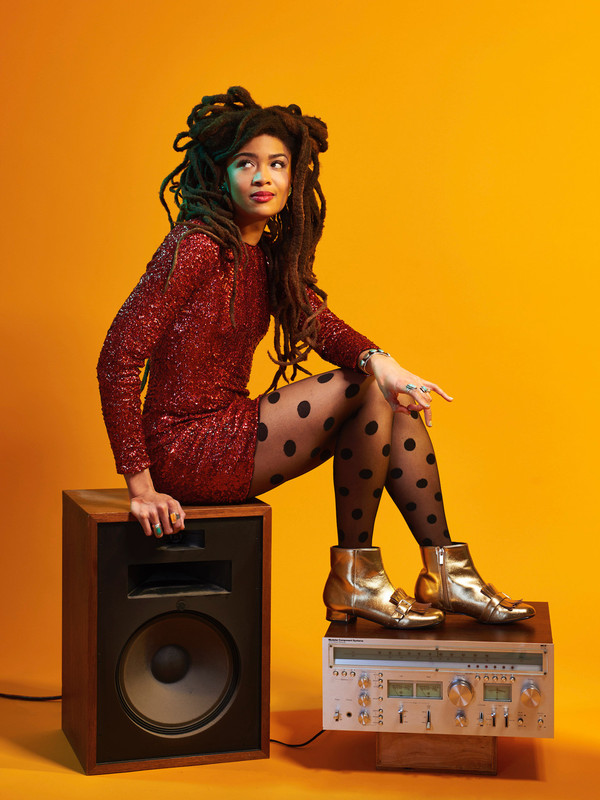 Valerie June Hockett is a Grammy nominated singer, songwriter, and multi- instrumentalist from Tennessee. She’s been published in the New York Times, which has also hailed her as one of America’s “most intriguing, fully formed new talents.” She has recorded four critically acclaimed, best-selling solo albums and has also written songs for legendary artists such as Mavis Staples and The Blind Boys of Alabama. June has performed on The Tonight Show, The Late Show, Austin City Limits, Rachael Ray, and CBS Saturday Morning, and graced some of the world’s most prestigious stages, from Carnegie Hall to the Kennedy Center. She’s part of the Turnaround Arts program originally started by First Lady Michelle Obama. Also a poet, her first collection Maps for the Modern World was published in April 2021 by Andrews McMeel Publishing. When she’s not touring, June splits her time between Tennessee and New York
Connect with Valerie
Website // Instagram // Facebook // YouTube // Spotify 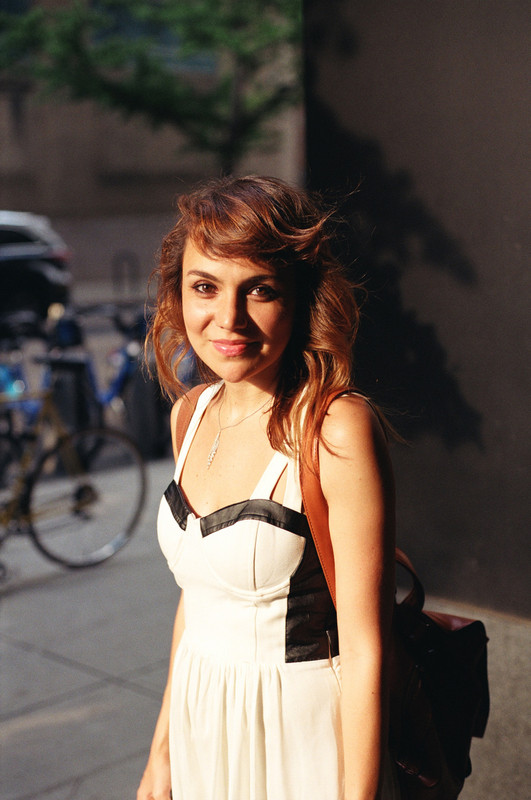 Marcela Avelar is a Mexican-born artist based in New York City. She is an active partner at Menage-a-Trois Design Agency as well as the founder of a not-for-profit digital art collective called The Artruist. Her work can be seen in covers for Special K, Aloysius 3, So Brown, and 9 time Grammy Award winner Norah Jones. She also designed the stage for Norah Jones’ 2017 Day Breaks World Tour. In 2018, Marcela’s artwork was part of an exhibit in New Paltz, NY celebrating Mexican Women Artist.