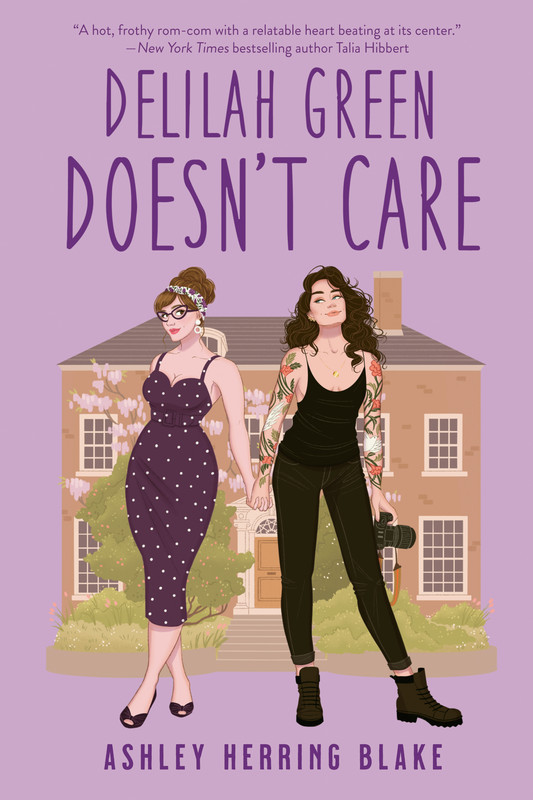 Delilah Green swore she would never go back to Bright Falls—nothing is there for her but memories of a lonely childhood where she was little more than a burden to her cold and distant stepfamily. Her life is in New York, with her photography career finally gaining steam and her bed never empty. Sure, it’s a different woman every night, but that’s just fine with her.

When Delilah’s estranged stepsister, Astrid, pressures her into photographing her wedding with a guilt trip and a five-figure check, Delilah finds herself back in the godforsaken town that she used to call home. She plans to breeze in and out, but then she sees Claire Sutherland, one of Astrid’s stuck-up besties, and decides that maybe there’s some fun (and a little retribution) to be had in Bright Falls, after all.

Having raised her eleven-year-old daughter mostly on her own while dealing with her unreliable ex and running a bookstore, Claire Sutherland depends upon a life without surprises. And Delilah Green is an unwelcome surprise…at first. Though they’ve known each other for years, they don’t really know each other—so Claire is unsettled when Delilah figures out exactly what buttons to push. When they’re forced together during a gauntlet of wedding preparations—including a plot to save Astrid from her horrible fiancé—Claire isn’t sure she has the strength to resist Delilah’s charms. Even worse, she’s starting to think she doesn’t want to…