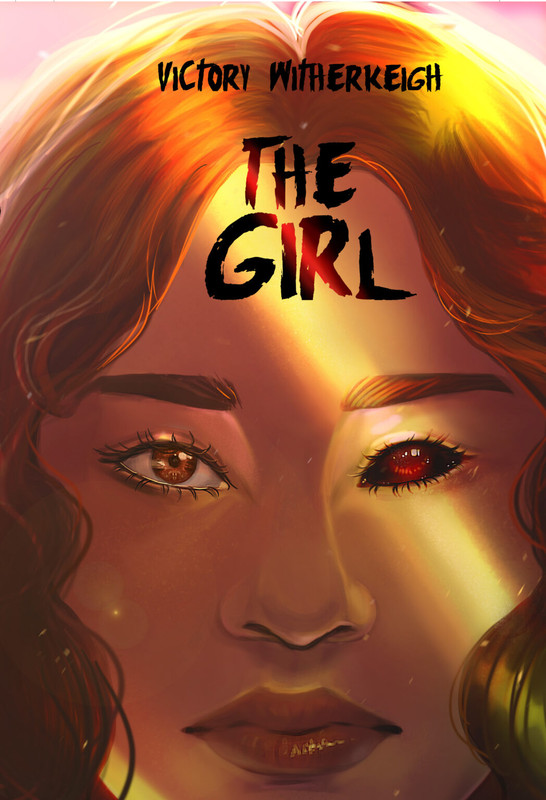 The Girl by Victory Witherkeigh

The parents knew it had been a mistake to have a girl. At birth, the girl’s long, elegant fingers wriggled and grasped forward, motioning to strangle the very air from her mother’s lungs. As she grew older, she grew more like her father, whose ancestors would dream of those soon to die. She walked and talked in her sleep, and her parents warded themselves, telling the girl that she was evil, unlovable, their burden to bear only until her eighteenth birthday released them.

The average person on the streets of Los Angeles would look at the girl and see a young woman with dark chocolate eyes, curly long hair, and tanned skin of her Filipina heritage. Her teachers praised her for her scholarly achievements and extracurricular activities, from academic decathlon to cheer.

The girl knew she was different, especially as she grew to accept that the other children’s parents didn’t despise them. Her parents whispered about their pact as odd and disturbing occurrences continued to happen around her. The girl thought being an evil demon should require the skies to bleed, the ground to tremble, an animal sacrifice to seal the bargain, or at least cause some general mayhem. Did other demons work so hard to find friends, do well on their homework, and protect their spoiled younger brother?

The demon was patient. It could afford to wait, to remind the girl when she was hurt that power was hers to take. She needed only embrace it. It could wait. The girl’s parents were doing much of its work already.

The girl was always told she was evil, but is she really?

LAS VEGAS, Nevada – What if you were told from the moment you were born that you were evil? Debut author Victory Witherkeigh creates a thrilling YA story that subverts expectations and finds that your true self is more important than what you’ve been told. Breaking through the good girl, virginal heroine stereotypes and inspired by Filipino mythology and gods, “The Girl,” (Cinnabar Moth Publishing, Dec 6, 2022) will blur the line between what is good and what is evil.

Already a finalist for Killer Nashville’s Claymore Award in 2020, The Girl follows a nameless main character only known as The Girl. She’s been told since a very young age that she was a mistake, a demon who shouldn’t have been born. Shunned by her parents, she’s shuffled between her parents’ and grandparents’ homes until her eighteenth birthday. The Girl is baffled by her ordinary life in Los Angeles. For all intents and purposes, she’s just like everyone else. That is, until the Demon comes to claim her.

Striving to bring more diversity to her story, Victory employs her Filipina/Pacific Islander heritage by combining pre-colonial myths of gods and demons and a modern setting creating the unique coming-of-age story of a first generation-born American.  Victory Witherkeigh is able to connect her story with thousands of young first-generation American readers looking to see themselves in modern-day fantasy stories.

By developing a character that flits between human and demon, Victory creates an anti-heroine, a female character who isn’t your typical Mary Sue archetype. Resisting the urge to create another “golden” hero character in a fantasy story, The Girl examines the gray areas of growing up as a young female navigating through rejection, lost friendships, hurt relationships, and choosing imperfection.

For fans of The Sandman series and Wicked Fox, The Girl is an unlikely coming-of-age story filled with the search for identity, understanding parent expectations, and realizing that sometimes evil isn’t what you expect it to be. 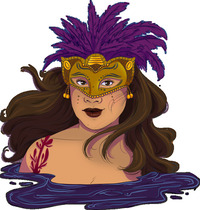 VICTORY WITHERKEIGH: Victory Witherkeigh is a female Filipino/PI author originally from Los Angeles, CA, currently living in the Las Vegas area. Victory was a finalist for Wingless Dreamer’s 2020 Overcoming Fear Short Story award and a 2021 winner of the Two Sisters Writing and Publishing Short Story Contest. She has print publications in the horror anthologies Supernatural Drabbles of Dread through Macabre Ladies Publishing, Bodies Full of Burning through Sliced Up Press, and In Filth It Shall Be Found through OutCast Press. Written during NaNoWriMo, Victory’s first novel, set to debut in December 2022 with Cinnabar Moth Publishing, has been a finalist for Killer Nashville’s 2020 Claymore Award, a 2020 Cinnamon Press Literature Award Honoree, and long-listed in the 2021 Voyage YA Book Pitch Contest. Find out more about her at: https://victorywitherkeigh.com/