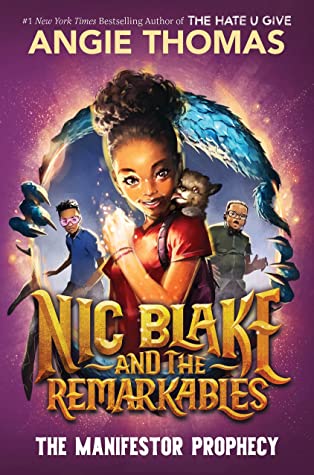 Nic Blake and the Remarkables by Angie Thomas

It’s not easy being a Remarkable in the Unremarkable world. Some things are cool—like getting a pet hellhound for your twelfth birthday. Others, not so much—like not being trusted to learn magic because you might use it to take revenge on an annoying neighbor.

All Nic Blake wants is to be a powerful Manifestor like her dad. But before she has a chance to convince him to teach her the gift, a series of shocking revelations and terrifying events launch Nic and two friends on a hunt for a powerful magic tool she’s never heard of…to save her father from imprisonment for a crime she refuses to believe he committed.