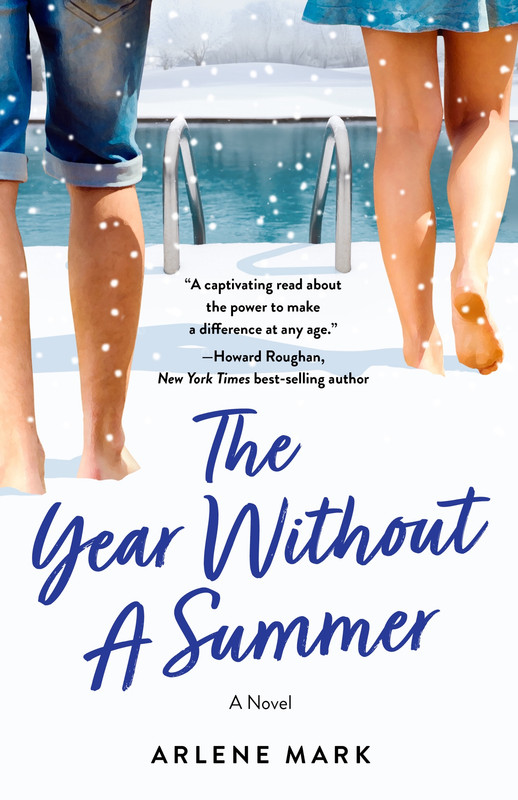 A Year Without a Summer by Arlene Mark

Explosive volcanic eruptions are cool, really, cool. They inject ash into the stratosphere and deflect the sun’s rays. When eighth grader Jamie Fulton learns that snow fell in June in his hometown because of an eruption on the other side of the world, he’s psyched! He could have snowboarded if he’d lived back in 1815 during the year without a summer.

Clara Montalvo, who recently arrived at Jamie’s school after surviving Hurricane Maria in Puerto Rico, has a different take all this. She is astounded–and disturbed–by Jamie’s frenzied enthusiasm for what she considers an obvious disaster. The teens’ battling arguments cause science class disruption and create academic trouble: Jamie’s headed for a failing grade in science, and may not even graduate from eighth grade; Clara’s scholarship hopes are dashed. And school isn’t the only place where Jamie and Clara are facing hardship: as they quarrel whether natural disasters can be beneficial, their home lives are also unraveling. Uncertainty about Jamie’s wounded brother returning from Afghanistan and Clara’s unreachable father back in Puerto Rico forces the two vulnerable teens to share their worries and sadness. As their focus shifts from natural disasters to personal calamities to man-made climate changes, the teens take surprising steps that astonish them. Ultimately, through hard work and growing empathy for each other, as well as for their classmates’ distress over the climate change affecting their lives, Jamie and Clara empower themselves and the people they touch.