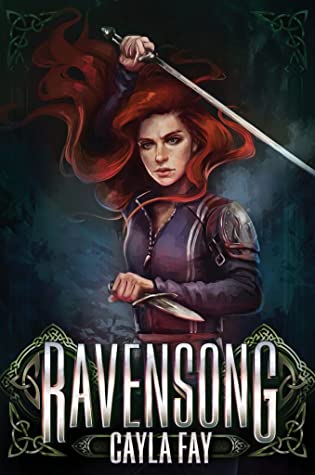 A demi-god who refuses to cohabitate with humans accidentally falls in love with one in the first book of a pulse-pounding teen duology that’s Buffy the Vampire Slayer meets Celtic mythology.

Neve has spent lifetimes defending the mortal world against the legions of hell with her two sisters.

Unfortunately for Neve, in this lifetime, she is the only one of the Morrigan—a triad of Irish war gods—still stuck in high school and still without her full power. She’s been counting down the days until her eighteenth birthday, when she finally gets to shed the pretenses of humanity and grow into her divine power.

But then she meets Alexandria. And Alexandria is as determined to force Neve into some semblance of teenage normalcy as she is haunted by her own demons—both figurative and literal.

As they grow closer, Neve decides that humanity—and, perhaps, love—isn’t so detestable after all. Which makes it all the more dangerous when she realizes that something in Hell wants Alexandria, and it’s be up to Neve and her sisters to save her before Alexandria’s past catches up to all of them.