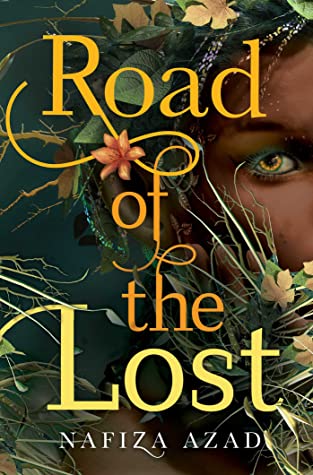 Road of the Lost by Nafiza Azad

Perfect for fans of The Cruel Prince, this gorgeous young adult fantasy follows a girl who discovers she’s spent her life under an enchantment hiding her true identity on her quest into the magical Otherworld to unlock her powers and discover her destiny.

Even the most powerful magic can’t hide a secret forever.

Croi is a brownie, glamoured to be invisible to humans. Her life in the Wilde Forest is ordinary and her magic is weak—until the day that her guardian gives Croi a book about magick from the Otherworld, the world of the Higher Fae. Croi wakes the next morning with something pulling at her core, summoning her to the Otherworld. It’s a spell she cannot control or break.

Forced to leave her home, Croi begins a journey full of surprises…and dangers. For Croi is not a brownie at all but another creature entirely, enchanted to forget her true heritage. As Croi ventures beyond the forest, her brownie glamour begins to shift and change. Who is she really, who is summoning her, and what do they want? Croi will need every ounce of her newfound magic and her courage as she travels a treacherous path to find her true self and the place in the Otherworld where she belongs.