I am hoping to get to all ten of these books between July, August, and September.  They are in no particular order, but I think they will all be 5 star books for me.  I’ll update in October to see if I was right.

Some of these may be sequels, so please know there could be spoilers in the synopsis. 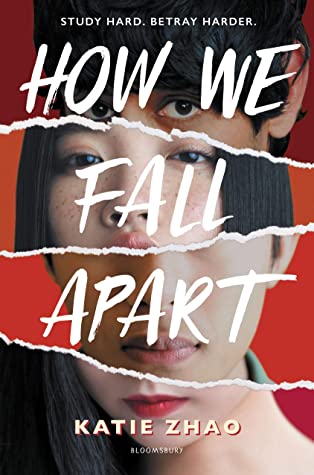 How We Fall Apart by Katie Zhao

In a YA thriller that is Crazy Rich Asians meets One of Us is Lying, students at an elite prep school are forced to confront their secrets when their ex-best friend turns up dead.

Nancy Luo is shocked when her former best friend, Jamie Ruan, top ranked junior at Sinclair Prep, goes missing, and then is found dead. Nancy is even more shocked when word starts to spread that she and her friends–Krystal, Akil, and Alexander–are the prime suspects, thanks to “The Proctor,” someone anonymously incriminating them via the school’s social media app.

They all used to be Jamie’s closest friends, and she knew each of their deepest, darkest secrets. Now, somehow The Proctor knows them, too. The four must uncover the true killer before The Proctor exposes more than they can bear and costs them more than they can afford, like Nancy’s full scholarship. Soon, Nancy suspects that her friends may be keeping secrets from her, too.

For the first time, an Empress Redemptor sits on Aritsar’s throne. To appease the sinister spirits of the dead, Tarisai must now anoint a council of her own, coming into her full power as a Raybearer. She must then descend into the Underworld, a sacrifice to end all future atrocities.

Tarisai is determined to survive. Or at least, that’s what she tells her increasingly distant circle of friends. Months into her shaky reign as empress, child spirits haunt her, demanding that she pay for past sins of the empire.

With the lives of her loved ones on the line, assassination attempts from unknown quarters, and a handsome new stranger she can’t quite trust . . . Tarisai fears the pressure may consume her. But in this finale to the Raybearer duology, Tarisai must learn whether to die for justice . . . or to live for it.

For fans of Sorcery of Thorns and Furyborn comes the thrilling sequel to Shielded about a world in a deadly magical war and the newly crowned king and feisty princess who must defeat the deadliest of foes before there’s nothing left to save.

Although King Atháren’s sister, Jennesara, saved Hálendi from the Gray Mage, the reprieve came at a steep price–the life of their father. Now Ren rules over a divided kingdom, with some who want him dead, and a Medallion that warns of worse trouble brewing in the south.

As second born, Princess Chiara is the perfect Turian royal–perfectly invisible. She longs to help restore peace on the Plateau, but with no magic and no fighting skills, she doesn’t stand a chance against a mage. So when a member of the Turian royal family goes missing and Chiara finds a clue about the rumored resting place of the mages’ long-lost artifacts, she decides it’s time to be seen.

As Ren’s and Chiara’s paths cross, they find the depth of the mages’ hold on the Plateau is more powerful than anyone suspected, and that they must learn to trust themselves, and each other, before the mages retrieve their artifacts and become too powerful to ever defeat. 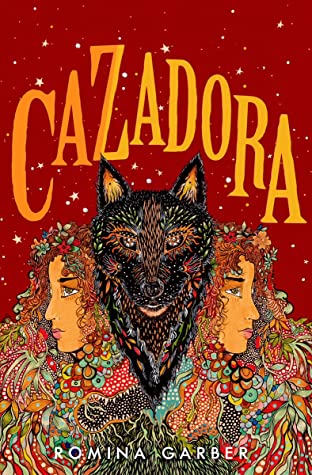 In Cazadora, Romina Garber weaves together Argentine folklore and what it means to be illegal in a timely, intimate, and emotionally powerful narrative.

Enter a world straight out of Argentine folklore…

Following the events of Lobizona, Manu and her friends cross the mystical border into Kerana—a cursed realm in Argentina—searching for allies and a hiding place. As they chase down leads about the Coven—a mythical resistance manada that might not even exist—the Cazadores chase down leads about Manu, setting up traps to capture and arrest her.

Just as it seems the Cazadores have Manu and her friends cornered, the Coven answers their call for help. As Manu catches her breath among these non-conforming Septimus, she discovers they need a revolution as much as she does.

But is she the right one to lead them? After all, hybrids aren’t just outlawed. They’re feared and reviled. What happens when the Coven learns of Manu’s dual heritage? Will they still protect her? Or will they betray her?

And after running this far, for this long—how much farther can Manu go before her feet get tired, and she stops to take a stand? 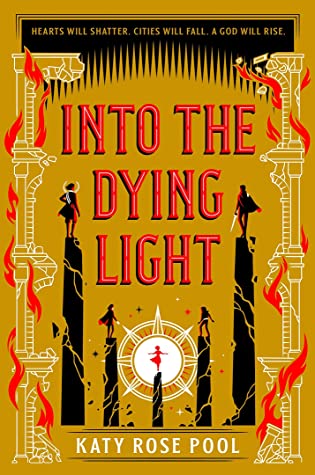 The Woods Are Always Watching by Stephanie Perkins

Stephanie Perkins returns with another blood-chilling contemporary horror novel, the perfect companion to her New York Times bestseller There’s Someone Inside Your House, soon to be a Netflix feature.

A traditional backwoods horror story set–first page to last–in the woods of the Pisgah National Forest in the Blue Ridge Mountains.

And, then, their paths collide with a serial killer.

Survive the Night by Riley Sager

It’s November 1991. George H. W. Bush is in the White House, Nirvana’s in the tape deck, and movie-obsessed college student Charlie Jordan is in a car with a man who might be a serial killer.

Josh Baxter, the man behind the wheel, is a virtual stranger to Charlie. They met at the campus ride board, each looking to share the long drive home to Ohio. Both have good reasons for wanting to get away. For Charlie, it’s guilt and grief over the murder of her best friend, who became the third victim of the man known as the Campus Killer. For Josh, it’s to help care for his sick father. Or so he says. Like the Hitchcock heroine she’s named after, Charlie has her doubts. There’s something suspicious about Josh, from the holes in his story about his father to how he doesn’t seem to want Charlie to see inside the car’s trunk. As they travel an empty highway in the dead of night, an increasingly worried Charlie begins to think she’s sharing a car with the Campus Killer. Is Josh truly dangerous? Or is Charlie’s suspicion merely a figment of her movie-fueled imagination?

What follows is a game of cat-and-mouse played out on night-shrouded roads and in neon-lit parking lots, during an age when the only call for help can be made on a pay phone and in a place where there’s nowhere to run. In order to win, Charlie must do one thing–survive the night. 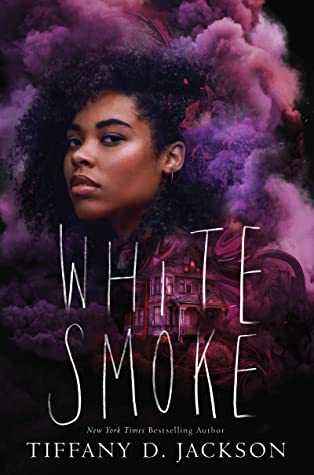 The Haunting of Hill House meets Get Out in this chilling YA psychological thriller and modern take on the classic haunted house story from New York Times bestselling author Tiffany D. Jackson!

Marigold is running from ghosts. The phantoms of her old life keep haunting her, but a move with her newly blended family from their small California beach town to the embattled Midwestern city of Cedarville might be the fresh start she needs. Her mom has accepted a new job with the Sterling Foundation that comes with a free house, one that Mari now has to share with her bratty ten-year-old stepsister, Piper.

The renovated picture-perfect home on Maple Street, sitting between dilapidated houses, surrounded by wary neighbors has its . . . secrets. That’s only half the problem: household items vanish, doors open on their own, lights turn off, shadows walk past rooms, voices can be heard in the walls, and there’s a foul smell seeping through the vents only Mari seems to notice. Worse: Piper keeps talking about a friend who wants Mari gone.

But “running from ghosts” is just a metaphor, right?

As the house closes in, Mari learns that the danger isn’t limited to Maple Street. Cedarville has its secrets, too. And secrets always find their way through the cracks.

The Girls Are Never Gone by Sarah Glenn Marsh

Privately, she’s a supernatural skeptic. But publicly, she’s keeping her doubts to herself—because she’s the voice of Attachments, her brand-new paranormal investigation podcast, and she needs her ghost-loving listeners to tune in.

That’s what brings her to Arrington Estate. Thirty years ago, teenager Atheleen Bell drowned in Arrington’s lake, and legend says her spirit haunts the estate. Dare’s more interested in the suspicious circumstances surrounding her death—circumstances that she believes point to a living culprit, not the supernatural. Still, she’s vowed to keep an open mind as she investigates, even if she’s pretty sure what she’ll find.

But Arrington is full of surprises. Good ones like Quinn, the cute daughter of the house’s new owner. And baffling ones like the threatening messages left scrawled in paint on Quinn’s walls, the ghastly face that appears behind Dare’s own in the mirror, and the unnatural current that nearly drowns their friend Holly in the lake. As Dare is drawn deeper into the mysteries of Arrington, she’ll have to rethink the boundaries of what is possible. Because if something is lurking in the lake…it might not be willing to let her go.

Have you read any of these?  Are any on your TBR?  What do you think will be a 5 star read for you this summer?