I enjoyed doing these posts in 2020, so I figured I would continue it for 2021.  It’s always hard to choose since I’m not sure what I’ll read.  But I tried to find some that I think will be 5 stars.  I’ll update after March.

Some of these are sequels, so there might be some spoilers in the book info from previous books.  These are books that I either have an ARC for or have preordered already.

When Dimple Met Rishi meets Ugly Delicious in this funny, smart romantic comedy, in which two Vietnamese-American teens fall in love and must navigate their newfound relationship amid their families’ age-old feud about their competing, neighboring restaurants.

If Bao Nguyen had to describe himself, he’d say he was a rock. Steady and strong, but not particularly interesting. His grades are average, his social status unremarkable. He works at his parents’ pho restaurant, and even there, he is his parents’ fifth favorite employee. Not ideal.

If Linh Mai had to describe herself, she’d say she was a firecracker. Stable when unlit, but full of potential for joy and fire. She loves art and dreams pursuing a career in it. The only problem? Her parents rely on her in ways they’re not willing to admit, including working practically full-time at her family’s pho restaurant.

For years, the Mais and the Nguyens have been at odds, having owned competing, neighboring pho restaurants. Bao and Linh, who’ve avoided each other for most of their lives, both suspect that the feud stems from feelings much deeper than friendly competition.

But then a chance encounter brings Linh and Bao in the same vicinity despite their best efforts and sparks fly, leading them both to wonder what took so long for them to connect. But then, of course, they immediately remember.

Can Linh and Bao find love in the midst of feuding families and complicated histories? 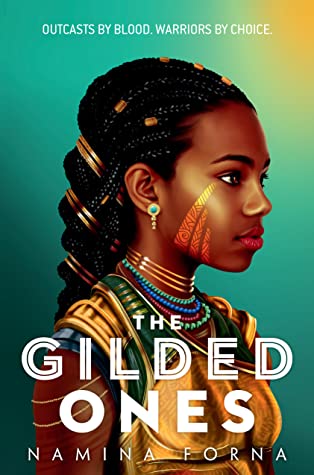 Sixteen-year-old Deka lives in fear and anticipation of the blood ceremony that will determine whether she will become a member of her village. Already different from everyone else because of her unnatural intuition, Deka prays for red blood so she can finally feel like she belongs.

But on the day of the ceremony, her blood runs gold, the color of impurity–and Deka knows she will face a consequence worse than death.

Then a mysterious woman comes to her with a choice: stay in the village and submit to her fate, or leave to fight for the emperor in an army of girls just like her. They are called alaki–near-immortals with rare gifts. And they are the only ones who can stop the empire’s greatest threat.

Knowing the dangers that lie ahead yet yearning for acceptance, Deka decides to leave the only life she’s ever known. But as she journeys to the capital to train for the biggest battle of her life, she will discover that the great walled city holds many surprises. Nothing and no one are quite what they seem to be–not even Deka herself. 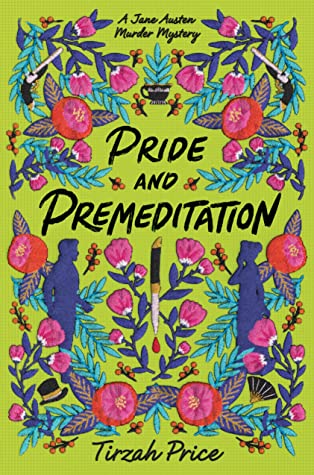 It is a truth universally acknowledged that a young woman who desires a law career must be in want of a case. So when seventeen-year-old Lizzie Bennet hears about a scandalous society murder, she sees an opportunity to prove herself as a solicitor by solving the case and ensuring justice is served.

Except the man accused of the crime already has a lawyer on his side: Mr. Fitzwilliam Darcy, the stern young heir to the prestigious Pemberley Associates law firm. Lizzie is determined to solve the murder before Darcy can so that she can show the world that a woman can be just as good as a man. (The fact that Darcy is an infuriating snob doesn’t help.) But there’s still a killer on the loose, and as the case gets more complicated, Lizzie and Darcy may have to start working together to avoid becoming the next victims themselves. 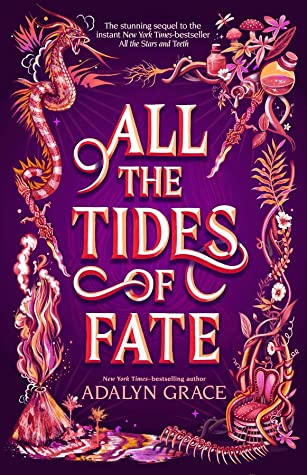 Through blood and sacrifice, Amora Montara has conquered a rebellion and taken her rightful place as queen of Visidia. Now, with the islands in turmoil and the people questioning her authority, Amora cannot allow anyone to see her weaknesses.

To save herself and Visidia, Amora embarks on a desperate quest for a mythical artifact that could fix everything―but it comes at a terrible cost. As she tries to balance her loyalty to her people, her crew, and the desires of her heart, Amora will soon discover that the power to rule might destroy her. 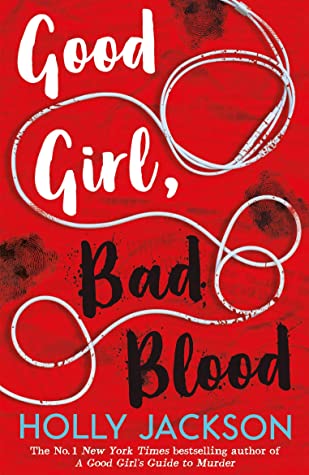 The highly-anticipated crime-thriller sequel to the no. 1 debut of 2019, A Good Girl’s Guide to Murder

Pip Fitz-Amobi is not a detective anymore.

With the help of Ravi Singh, she released a true-crime podcast about the murder case they solved together last year. The podcast has gone viral, yet Pip insists her investigating days are behind her.

But she will have to break that promise when someone she knows goes missing. Jamie Reynolds has disappeared but the police won’t do anything about it. And if they won’t look for Jamie then Pip will, uncovering more of her town’s dark secrets along the way… and this time EVERYONE is listening.

But will she find him before it’s too late?

After so many years yearning for the gift of magic, Arrah has the one thing she’s always wanted—at a terrible price. Now the last surviving witchdoctor, she’s been left to pick up the shattered pieces of a family that betrayed her, a kingdom in shambles, and long-buried secrets about who she is.

Desperate not to repeat her mother’s mistakes, Arrah must return to the tribal lands to search for help from the remnants of her parents’ people. But the Demon King’s shadow looms closer than she thinks. And as Arrah struggles to unravel her connection to him, defeating him begins to seem more and more impossible—if it’s something she can bring herself to do at all.

Set in a richly imagined world inspired by spine-tingling tales of voodoo and folk magic, Kingdom of Souls was lauded as “masterful” by School Library Journal in a starred review. This explosively epic sequel will have readers racing to the can’t-miss conclusion.

Jenny Han meets “Jane the Virgin” in this flashy and fun Own Voices romcom from debut author Monica Gomez-Hira.

Carmen Aguilar just wants to make her happily ever after come true. Except apparently “happily ever after” for Carmen involves being stuck in an unpaid summer internship! All she has to do is perform! In a ball gown! During the summer. In Miami.

Fine. Except that Carmen’s company is hired for her spoiled cousin Ariana’s over the top quinceañera.

And of course, her new dance partner at work is none other than Mauro Reyes, Carmen’s most deeply regrettable ex.

If Carmen is going to move into the future she wants, she needs to leave the past behind. And if she can manage dancing in the blistering heat, fending off Mauro’s texts, and stopping Ariana from ruining her own quinceañera Carmen might just get that happily ever after after all.

Fans of Children of Blood and Bone will love the sequel to Blood Heir. The second book in an epic fantasy series about a princess hiding a dark secret and the con man she must trust to liberate her empire from a dark reign.

Ana Mikhailov is the only surviving member of the royal family of Cyrilia. She has no army, no title, and no allies, and now she must find a way to take back the throne or risk the brutal retribution of the empress. Morganya is determined to establish a new world order on the spilled blood of non-Affinites. Ana is certain that Morganya won’t stop until she kills them all.

Ana’s only chance at navigating the dangerous world of her homeland means partnering with Ramson Quicktongue again. But the cunning crime lord has schemes of his own. For Ana to find an army, they must cross the Whitewaves to the impenetrable stone forts of Bregon. Only, no one can be certain what they will find there.

A dark power has risen. Will revolution bring peace–or will it only paint the streets in more blood. 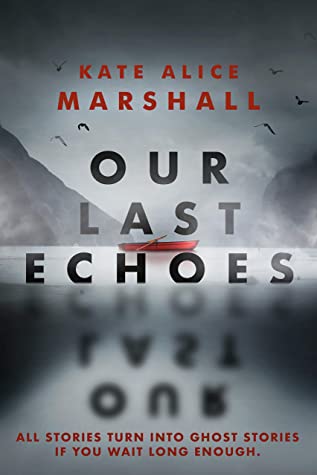 In 1973, the thirty-one residents of Bitter Rock disappeared. In 2003, so did my mother. Now, I’ve come to Bitter Rock to find out what happened to her–and to me. Because Bitter Rock has many ghosts. And I might be one of them.

Sophia’s earliest memory is of drowning. She remembers the darkness of the water and the briny taste as it filled her throat, the sensation of going under. She remembers hands pulling her back to safety. But she doesn’t remember who saved her that day. The day her mother died–or so she has always believed.

A mysterious call suggesting that her mother might still be alive has lured Sophia to the island of Bitter Rock, hunting for answers as elusive as her own past. But the more Sophia uncovers, the clearer it is that her mother’s disappearance is just one of many.

People have been vanishing from Bitter Rock for decades, leaving only their ghostly echoes behind. Sophia is the only one who can break the cycle–or risk becoming nothing more than another echo haunting the island.

It’s been five years since Wendy and her two brothers went missing the woods, but when the town’s children start to disappear, the questions surrounding her brothers’ mysterious circumstances are brought back into light. Attempting to flee her past, Wendy almost runs over an unconscious boy lying in the middle of the road, and gets pulled into the mystery haunting the town.

Peter, a boy she thought lived only in her stories, claims that if they don’t do something, the missing children will meet the same fate as her brothers. In order to find them and rescue the missing kids, Wendy must confront what’s waiting for her in the woods.