Another post I’m running late on getting up.  I won’t be reading all of these in June, but I thought I would share some of the lgbtqia+ books I’m really excited for on my TBR.  There are obviously more and these are in no particular order.  I’ve already read at least 6 books for pride in June.

The Henna Wars by Adiba Jaigirdar

When Dimple Met Rishi meets Simon vs. the Homo Sapiens Agenda in this rom com about two teen girls with rival henna businesses.

When Nishat comes out to her parents, they say she can be anyone she wants—as long as she isn’t herself. Because Muslim girls aren’t lesbians. Nishat doesn’t want to hide who she is, but she also doesn’t want to lose her relationship with her family. And her life only gets harder once a childhood friend walks back into her life.

Flávia is beautiful and charismatic and Nishat falls for her instantly. But when a school competition invites students to create their own businesses, both Flávia and Nishat choose to do henna, even though Flávia is appropriating Nishat’s culture. Amidst sabotage and school stress, their lives get more tangled—but Nishat can’t quite get rid of her crush on Flávia, and realizes there might be more to her than she realized.

Caroline Lawson is three months away from freedom, otherwise known as graduation day. That’s when she’ll finally escape her rigid prep school and the parents who thought they could convert her to being straight.

Until then, Caroline is keeping her head down, pretending to be the perfect student even though she is crushed by her family and heartbroken over the girlfriend who left for California.

But when her best friend Madison disappears, Caroline feels compelled to get involved in the investigation. She has her own reasons not to trust the police, and she owes Madison — big time.

Suddenly Caroline realizes how little she knew of what her friend was up to. Caroline has some uncomfortable secrets about the hours before Madison disappeared, but they’re nothing compared to the secrets Madison has been hiding. And why does Mr. McCormack, their teacher, seem to know so much about them?

It’s only when Caroline discovers other missing girls that she begins to close in on the truth. Unlike Madison, the other girls are from the wrong side of the tracks. Unlike Madison’s, their disappearances haven’t received much attention. Caroline is determined to find out what happened to them and why no one seems to notice. But as every new discovery leads Caroline closer to the connection between these girls and Madison, she faces an unsettling truth.

There’s only one common denominator between the disappearances: Caroline herself.

In a series of personal essays, prominent journalist and LGBTQIA+ activist George M. Johnson explores his childhood, adolescence, and college years in New Jersey and Virginia. From the memories of getting his teeth kicked out by bullies at age five, to flea marketing with his loving grandmother, to his first sexual relationships, this young-adult memoir weaves together the trials and triumphs faced by Black queer boys.

Both a primer for teens eager to be allies as well as a reassuring testimony for young queer men of color, All Boys Aren’t Blue covers topics such as gender identity, toxic masculinity, brotherhood, family, structural marginalization, consent, and Black joy. Johnson’s emotionally frank style of writing will appeal directly to young adults.

Ivy Aberdeen’s Letter to the World by Ashley Herring Blake

When a tornado rips through town, twelve-year-old Ivy Aberdeen’s house is destroyed and her family of five is displaced. Ivy feels invisible and ignored in the aftermath of the storm–and what’s worse, her notebook filled with secret drawings of girls holding hands has gone missing.

Mysteriously, Ivy’s drawings begin to reappear in her locker with notes from someone telling her to open up about her identity. Ivy thinks–and hopes–that this someone might be her classmate, another girl for whom Ivy has begun to develop a crush. Will Ivy find the strength and courage to follow her true feelings?

The Fell of Dark by Caleb Roehrig

The only thing August Pfeiffer hates more than algebra is living in a vampire town. Located at a nexus of mystical energy fields, Fulton Heights is practically an electromagnet for supernatural drama. And when a mysterious (and annoyingly hot) vampire boy arrives with a cryptic warning, Auggie suddenly finds himself at the center of it. An ancient and terrible power is returning to the earthly realm, and somehow Auggie seems to be the only one who can stop it. 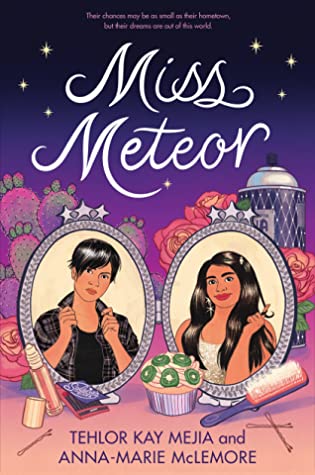 There hasn’t been a winner of the Miss Meteor beauty pageant who looks like Lita Perez or Chicky Quintanilla in all its history. But that’s not the only reason Lita wants to enter the contest, or why her ex-best friend Chicky wants to help her. The road to becoming Miss Meteor isn’t about being perfect; it’s about sharing who you are with the world—and loving the parts of yourself no one else understands. So to pull off the unlikeliest underdog story in pageant history, Lita and Chicky are going to have to forget the past and imagine a future where girls like them are more than enough—they are everything.

Witty and heartfelt with characters that leap off the page, Miss Meteor is acclaimed authors Anna-Marie McLemore and Tehlor Kay Mejia’s first book together.

Felix Ever After by Kacen Callender

From Stonewall and Lambda Award-winning author Kacen Callender comes a revelatory YA novel about a transgender teen grappling with identity and self-discovery while falling in love for the first time.

Felix Love has never been in love—and, yes, he’s painfully aware of the irony. He desperately wants to know what it’s like and why it seems so easy for everyone but him to find someone. What’s worse is that, even though he is proud of his identity, Felix also secretly fears that he’s one marginalization too many—Black, queer, and transgender—to ever get his own happily-ever-after.

When an anonymous student begins sending him transphobic messages—after publicly posting Felix’s deadname alongside images of him before he transitioned—Felix comes up with a plan for revenge. What he didn’t count on: his catfish scenario landing him in a quasi–love triangle….

But as he navigates his complicated feelings, Felix begins a journey of questioning and self-discovery that helps redefine his most important relationship: how he feels about himself.

Felix Ever After is an honest and layered story about identity, falling in love, and recognizing the love you deserve. 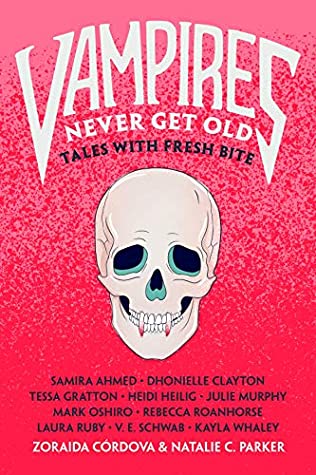 Welcome to the evolution of the vampire―and a revolution on the page.

The boys of Kings Row bout with drama, rivalry, and romance in this original YA novel by The New York Times bestselling author Sarah Rees Brennan–inspired by the award-nominated comic series by C.S. Pacat and Johanna The Mad.

Sixteen-year-old Nicholas Cox is the illegitimate son of a retired fencing champion who dreams of getting the proper training he could never afford. After earning a place on the elite Kings Row fencing team, Nicholas must prove himself to his rival, Seiji Katayma, and navigate the clashes, friendships, and relationships between his teammates on the road to state championships–where Nicholas might finally have the chance to spar with his golden-boy half-brother.

Coach Williams decides to take advantage of the boys’ morale after a recent victory and assigns them a course of team building exercises to further deepen their bonds. It takes a shoplifting scandal, a couple of moonlit forest strolls, several hilariously bad dates, and a whole lot of introspection for the team to realize they are stronger together than they could ever be apart. 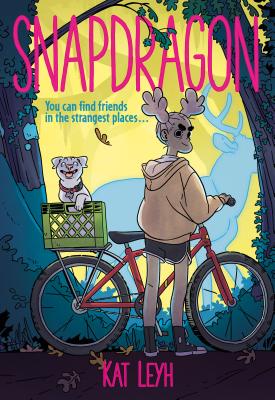 Kat Leyh’s Snapdragon is a magical realist graphic novel about a young girl who befriends her town’s witch and discovers the strange magic within herself.

Snap’s town had a witch.

At least, that’s how the rumor goes. But in reality, Jacks is just a crocks-wearing, internet-savvy old lady who sells roadkill skeletons online–after doing a little ritual to put their spirits to rest. It’s creepy, sure, but Snap thinks it’s kind of cool, too.

They make a deal: Jacks will teach Snap how to take care of the baby opossums that Snap rescued, and Snap will help Jacks with her work. But as Snap starts to get to know Jacks, she realizes that Jacks may in fact have real magic–and a connection with Snap’s family’s past.

Have you read any of these?  What books have you read for Pride that you recomend?  As always, I encourage everyone to read diverse books as much as they can, not just for Pride.