END_OF_DOCUMENT_TOKEN_TO_BE_REPLACED

Just a quick post to wish everyone a happy holiday.  Thank you all for your support with my blog.  I’m so thankful for each and every one of you.

This week’s topic is books I hope to see under the tree.  I did this as a top five Tuesday already, so I’m going to list the top ten arcs I’d like to see under there this time.  As usual, these are in no particular order.  These are physical arcs I want.

END_OF_DOCUMENT_TOKEN_TO_BE_REPLACED

This is a book two.  There are spoilers for book one below.

Queen of Ruin by Tracy Banghart

A fierce sequel full of sisterhood, heart pounding action, betrayal, and intrigue in the royal court in a series that “breathes new life into the feminist story of oppression and resistance” (Publisher’s Weekly).

Banished by Asa at the end of Grace and Fury, Nomi and Malachi find themselves powerless and headed towards their all-but-certain deaths. Now that Asa sits on the throne, he will stop at nothing to make sure Malachi never sets foot in the palace again. Their only hope is to find Nomi’s sister, Serina, on the prison island of Mount Ruin. But when Nomi and Malachi arrive, it is not the island of conquered, broken women that they expected. It is an island in the grip of revolution, and Serina–polite, submissive Serina–is its leader.

Betrayal, grief, and violence have changed both sisters, and the women of Mount Ruin have their sights set on revenge beyond the confines of their island prison. They plan to sweep across the entire kingdom, issuing in a new age of freedom for all. But first they’ll have to get rid of Asa, and only Nomi knows how.

Separated once again, this time by choice, Nomi and Serina must forge their own paths as they aim to tear down the world they know, and build something better in its place.

The stakes are higher and the battles bolder in Tracy Banghart’s unputdownable sequel to Grace and Fury.

END_OF_DOCUMENT_TOKEN_TO_BE_REPLACED

It’s getting hard to remember which ones I’ve done already, so I’m sorry if you see a book pop up on these more than once.  It will happen.

Seventeen-year-old Veronica Clarke never thought she’d want to fail a test – until she finds herself holding a thick piece of plastic and staring at two solid pink lines. How her boyfriend managed to get her pregnant, even with the most consistent use of condoms, is a mystery–but with a college-bound future now disappearing before her eyes, Veronica considers a decision she never imagined she’d have to make: an abortion.

Except the closest place to legally get one is nine hundred miles away in New Mexico–and Veronica doesn’t have a car. Desperate, she turns to the only person who won’t judge her: Bailey Butler, Jefferson High’s own little black cloud of anger and snark–and Veronica’s ex-best friend.

The plan is straightforward: a thirty-hour drive to the clinic and back. What could go wrong? Not much, apart from stolen cars, a crazed ex-boyfriend, truck stop strippers with pro-life agendas, ferret kidnapping, and aliens. Plus, the pain of a broken friendship that can’t be outrun, even when speeding down a highway. Soon, Veronica must risk everything to repair the hurt she’s caused. Under the starlit skies of the Southwest, Veronica and Bailey discover the road to adulthood isn’t easy–but it’s better with a friend by your side.

The Sky Weaver by Kristen Ciccarelli

At the end of one world, there always lies another.

Safire, a soldier, knows her role in this world is to serve the King of Firgaard—helping to maintain the peace in her oft-troubled nation.

Eris, a deadly pirate, has no such conviction. Known as the Death Dancer for her ability to evade even the most determined of pursuers, she possesses a superhuman power to move between worlds.

When one can roam from dimension to dimension, can one ever be home? Can love and loyalty truly exist?

Now Safire and Eris—sworn enemies—find themselves on a common mission: to find Asha, the last Namsara. From the port city of Darmoor to the fabled faraway Star Isles, their search and their stories become woven ever more tightly together as they discover the uncertain fate they’re hurtling towards may just be a shared one. In this world—and the next.

END_OF_DOCUMENT_TOKEN_TO_BE_REPLACED

December was a pretty slow month, but January is making up for it.  This isn’t all of the YA books coming out.  I picked ones I’m looking forward to along with some that will probably be pretty popular.

%have arc or finished copy to read 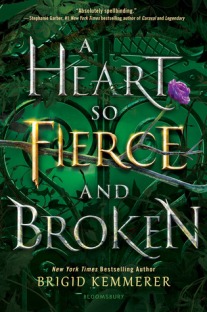 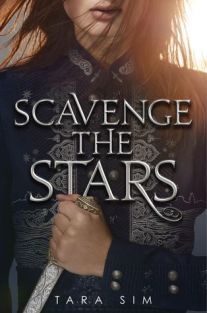 How To Speak Boy *

A Heart So Fierce and Broken

END_OF_DOCUMENT_TOKEN_TO_BE_REPLACED

I saw this on Lynn’s Book Blog and thought it would be fun to do.  I may not do every week, but I’m going to try to do as many as I can.

The Friday Face Off meme was created by Books by Proxy .  This is a great opportunity to feature some of your favorite book covers.  The rules are fairly simple each week, following a predetermined theme, choose a book, compare a couple of the different covers available for that particular book and choose your favorite.

This week’s topic is a dark and foreboding cover.  YA covers don’t get super dark, but I found one that feels pretty dark to me.

END_OF_DOCUMENT_TOKEN_TO_BE_REPLACED

Good things don’t happen to girls who come from nothing…unless they risk everything.

Fierce and ambitious, Aina Solís as sharp as her blade and as mysterious as the blood magic she protects. After the murder of her parents, Aina takes a job as an assassin to survive and finds a new family in those like her: the unwanted and forgotten.

Her boss is brutal and cold, with a questionable sense of morality, but he provides a place for people with nowhere else to go. And makes sure they stay there.

DIAMOND CITY: built by magic, ruled by tyrants, and in desperate need of saving. It is a world full of dark forces and hidden agendas, old rivalries and lethal new enemies.

To claim a future for herself in a world that doesn’t want her to survive, Aina will have to win a game of murder and conspiracy—and risk losing everything.