Welcome to my stop on the blog tour for Have A Little Faith In Me by Sonia Hartl.  This tour is being hosted by Fantastic Flying Book Club.

Have a Little Faith in Me

“Saved!” meets To All the Boys I’ve Loved Before in this laugh-out-loud romantic comedy that takes a meaningful look at consent and what it means to give it.

When CeCe’s born-again ex-boyfriend dumps her after they have sex, she follows him to Jesus camp in order to win him back. Problem: She knows nothing about Jesus. But her best friend Paul does. He accompanies CeCe to camp, and the plan—God’s or CeCe’s—goes immediately awry when her ex shows up with a new girlfriend, a True Believer at that.

Scrambling to save face, CeCe ropes Paul into faking a relationship. But as deceptions stack up, she questions whether her ex is really the nice guy he seemed. And what about her strange new feelings for Paul—is this love, lust, or an illusion born of heartbreak? To figure it out, she’ll have to confront the reasons she chased her ex to camp in the first place, including the truth about the night she lost her virginity.

Pages 13-16: A rock hit my window, and I ignored it. I was still annoyed with Paul for getting pissy about camp. I debated between a floral summer dress and a navy skater skirt before throwing both of them into my suitcase. Another rock hit my window.

I slid the glass open. “You can always knock on my—Oh.”

Paul had draped every sheet in his house over his trampoline, creating a secret hideout underneath. Something we used to do every weekend until we got too old for makebelieve. But when his father left, we revived the tradition. It turned out we still needed a place where we could forget reality for a little while.

The night his father had packed his last bag and driven away, I’d re-created the hideout. I drew a hundred stars with a silver Sharpie on the underside of the trampoline and told him a story about a boy who was too good for this earth, so he’d been chosen to live among the stars. When things got hard or scary, we always had stories for each other. He put the hideout up the day after Ethan had ended things with me. Paul drew a bunch of little fish and told a story about a girl who created an ocean with her tears and learned how to swim.

I ran over to his house, letting myself in through his back gate. Per tradition, I put my arm in through an opening between his old Spider-Man sheets and pretended to knock.

Whoever made the hideout decided the password. A rule I sincerely regretted agreeing to. I rolled my eyes and deadpanned my way through the spiel. “Paul is a king among men, desired and envied, and known the world wide for his great taste in music.”

“You may enter.” He’d spread a flannel blanket over the grass, and lay on his back with his hands laced under his head.

I crawled next to him and mimicked his position. He’d drawn a hill made of daisies with a little house on top that had smoke curling out of the chimney. “Who lives there?” I asked.

“A lonely boy. While he enjoyed the company of his twelve cats, he missed his best friend. Though he long suspected she only hung out with the boy to take advantage of his misting umbrella and his mom’s lemonade.”

“It’s not the girl’s fault the boy’s mom makes such good lemonade.”

“And so his suspicions were confirmed. However, the boy still enjoyed her company for reasons that often escaped him. But one day the girl told the boy she’d be traveling to a faraway land, a dark place with no Wi-Fi.”

“Is that no Wi-Fi thing for real?” There went my plans to smuggle in my iPad after they confiscated my phone. “Sorry. Go on.”

“Though the boy was mad at the girl for taking on such a foolish quest, he also thought about how boring his summer would be if he were left alone with his twelve cats.”

“What’s with the cats? You’re allergic to cats.”

His lips twitched, though I couldn’t tell if he was annoyed or about to laugh. “The girl had a tough goal ahead of her, even though she thought she knew everything. Which left the boy with two choices: He could see her go on her own and get a small amount of satisfaction from saying he told her so, or he could go with her and help. For who better to guide the girl on her foolish quest than the boy who already knew the lay of the land?”

My heart sped up. Of all the ways his story could’ve ended, this would’ve been my last guess. Having Paul with me would make the whole thing a lot less scary, but I’d be furious if he was messing with me. “Has the boy made a decision?”

“The boy has decided to join the girl. Because she’ll need all the help she can get.” 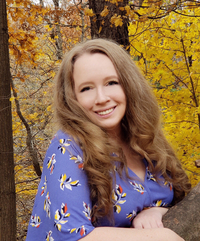 Sonia Hartl is a YA author who calls Michigan home, even though she’s lived in several different states. Her debut novel, HAVE A LITTLE FAITH IN ME is forthcoming from Page Street Publishing. When she’s not writing or reading, she’s enjoying pub trivia, marathoning Disney movies, or taking a walk outside in the fall. She’s a member of SCBWI and the communications director for Pitch Wars. She has been published in The Writers Post Journal and Boston Literary Magazine. She lives in Grand Rapids with her husband and two daughters. 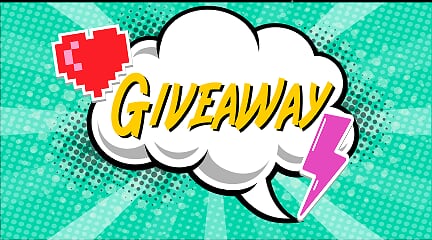 Prize: Win a finished copy of HAVE A LITTLE FAITH IN ME by Sonia Hartl (US Only)