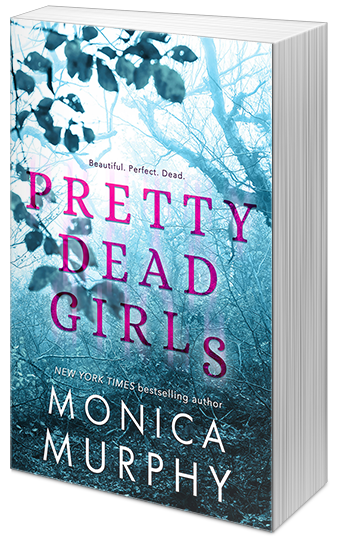 In the peaceful seaside town of Cape Bonita, wicked secrets and lies are hidden just beneath the surface. But all it takes is one tragedy for them to be exposed.

The most popular girls in school are turning up dead, and Penelope Malone is terrified she’s next. All the victims so far have been linked to Penelope—and to a boy from her physics class. The one she’s never really noticed before, with the rumored dark past and a brooding stare that cuts right through her.

Everyone has secrets, and theirs might get them killed. 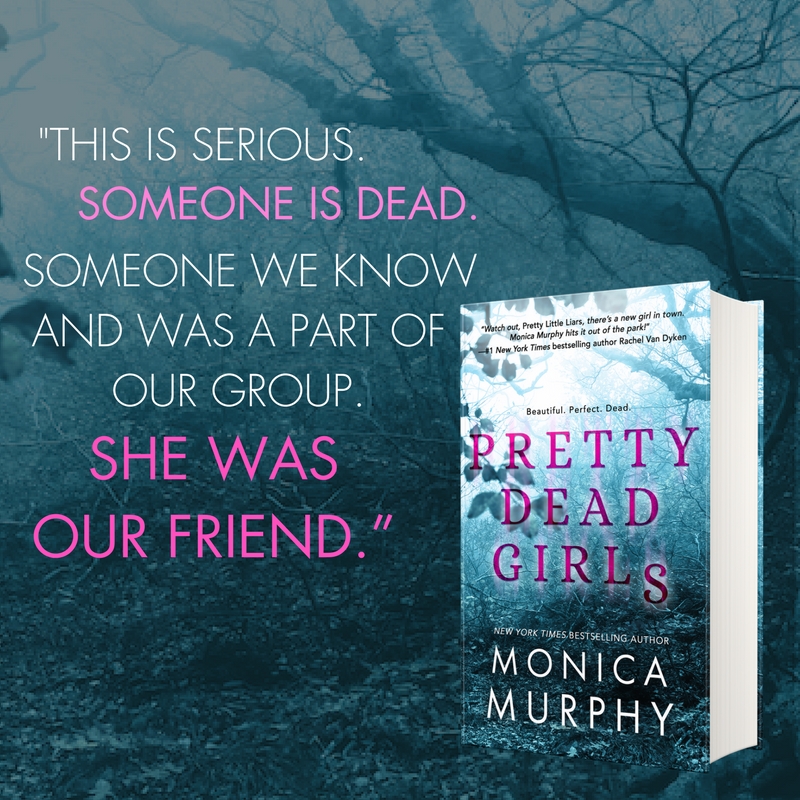 “That car is still trailing us.”

Glancing in the side mirror, I see that the car is behind us. Cass chooses that moment to take a curve extra fast, making the tires squeal, and I gasp. “You’re scaring me,” I murmur. It feels like my heart just flew into my throat.

“Just wait. What I really want to do is going to scare you even more,” he says cryptically.

“You’ll have to trust me on this.”

“Okay.” I clamp my lips shut. I shouldn’t automatically agree, right? I’m still having trust issues, even though I’d never say that out loud. This entire day has been confusing. I don’t know who to believe anymore.

“No demanding we back out once we commit,” he says, his gaze never wavering from the road. “That’s a surefire way to get ourselves hurt.”

His words are ominous. Like a warning. “Fine. I’m all in.”

He eases up on the gas pedal, just the slightest bit. The car slows, the vehicle behind us drawing closer. So close I swear it looks like it’s going to eat the back bumper. “I don’t want you to freak out.”

“You have to promise me one thing first.” His gaze meets mine, lingering a moment too long. He should be watching the road, not staring at me. “Say you’ll promise.”

“I promise,” I readily agree, frowning. “But what am I promising?”

He’s staring straight ahead once more, his fingers sliding over the steering wheel, almost like a caress. “You can’t scream.”

“I mean it. No screaming. No yelling. You must remain quiet. I need you to trust me, Pen.” He hesitates, his voice dropping lower. “Do you trust me?”

Do I? He’s already asked me once and I said yes, but the doubt still creeps in. He scares me a little. He also—God, I am so ridiculous thinking this, but—he turns me on. He does. There’s something about him. He has this edge that other boys don’t have. And when he touches me, kisses me…

I’d probably do just about anything he asks me to.

So how can I doubt him when we’ve already gone this far together?

“Okay.” He nods once, then hisses out a breath between his teeth. I chance a glance at him, the way his dark hair falls over his forehead, how he’s squinting his eyes. What he’s about to do, what’s about to happen, feels…dangerous. “Here it goes.”

With a flick of his wrist he turns the car’s headlights off. Like, completely off. The road goes dark. I suck in a breath, hold it until I feel like it’s choking me. He hits the gas pedal hard, the SUV roaring to life as he flies down the road. A dangerous, winding road where multiple car crashes occur every year. The windows are down, the wind blows through my hair, blasts against my face, and I close my eyes.

I’m scared, and I can’t make a sound. Not a peep. I hold onto the handle right above the window, gripping it with both hands as Cass takes the twisty road with ease. My gaze is trained on the side mirror and I watch for the car lights behind us.

Check out the Playlist that inspired Pretty Dead Girls: https://open.spotify.com/user/1265567874/playlist/7z2HRSTHptOuWQW28AfeME

2. This is my first young adult thriller.

Monica Murphy is the New York Times, USA Today and #1 international bestselling author of the One Week Girlfriend series, the Billionaire Bachelors and The Rules series. Her books have been translated in almost a dozen languages and has sold over one million copies worldwide. She is both self-published and published by Random House/Bantam and Harper Collins/Avon. She writes new adult, young adult and contemporary romance.

She is a wife and a mother of three who lives in central California on fourteen acres in the middle of nowhere along with their one dog and too many cats. A self-confessed workaholic, when she’s not writing, she’s reading or hanging out with her husband and kids. She’s a firm believer in happy endings, though she will admit to putting her characters through angst-filled moments before they finally get that hard won HEA.

You can read my review of Pretty Dead Girls on Goodreads.  I also posted for a blog tour here on this blog 1/15/18.