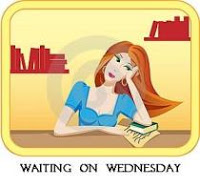 Waiting on Wednesday was created by breaking the spine to show off an upcoming release you are looking forward to.

This week I’m picking Reign of the Fallen by Sarah Glenn Marsh. 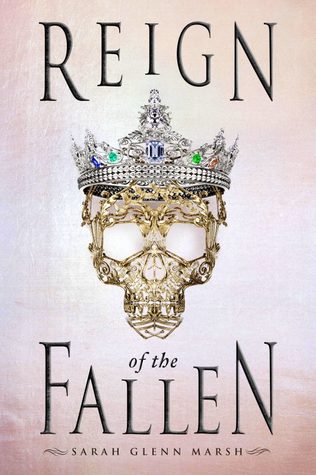 An LGBT fantasy series that follows a talented necromancer who must face down a deadly nemesis who has learned how to turn her magic into a weapon.

Odessa is one of Karthia’s master necromancers, catering to the kingdom’s ruling Dead. Whenever a noble dies, it’s Odessa’s job to raise them by retrieving their souls from a dreamy and dangerous shadow world called the Deadlands. But there is a cost to being raised–the Dead must remain shrouded, or risk transforming into zombie-like monsters known as Shades. If even a hint of flesh is exposed, the grotesque transformation will begin.

A dramatic uptick in Shade attacks raises suspicions and fears among Odessa’s necromancer community. Soon a crushing loss of one of their own reveals a disturbing conspiracy: someone is intentionally creating Shades by tearing shrouds from the Dead–and training them to attack. Odessa is faced with a terrifying question: What if her necromancer’s magic is the weapon that brings Karthia to its knees?

A lavish fantasy with a surprising and breathtaking LGBT romance at its core, Reign of the Fallen is a gutsy, unpredictable read that will grab readers by the throat and never let go….